Hail Damage? Why you may need a Public Adjuster

Home » Blog » Hail Damage? Why you may need a Public Adjuster 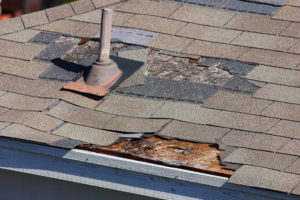 Why a Hail Damage Public Adjuster

No Floridian ever thinks they’ll need to worry about hail damage to their home. After all, hail is nothing more than rain droplets that have frozen into ice droplets during an updraft. People think Florida’s warm weather always prevents the formation of ice droplets, but that’s not the case.

If you live in Boca Raton, you know that hailstorms are possible. In fact, they’re occurring more frequently. Hail has the power to cause significant damage to your home, especially to the roof. It can crack windows and damage walkways and other exterior structures.

File a Claim with a Public Adjuster

Let’s say you walk outside and see a whole bunch of hailstones on the ground. Your first instinct might be to pick them up and hold them in your hands, because you don’t normally see them every day. But you also might want to check around your property for damage.

Hailstones are hard objects that, when they fall from the sky, can cause significant damage to just about any object or surface they land on. Check the roof, windows, deck, shed, and siding of your home. If you see any damage immediately following a hailstorm, grab your camera and snap pictures of the damage and the hailstones.

It’s important to take the photographs yourself, because you’ll want to prove that hailstones actually landed on your property. If you wait for a claims adjuster or public adjuster to take those photographs, it might be too late. The hailstones will probably be melted by the time the adjuster arrives. In that case, all you’ll have left to take pictures of is the damage.

Don’t file a hail damage insurance claim without talking to a public adjuster first. Insurance companies are strict with hail damage claims, because they want to make sure that hailstones actually caused the damage being reported. Even if you forgot to take photographs of the hailstones, your public adjuster can still build a strong case for your claim.

For instance, hailstorms are reported on local weather stations. It won’t be difficult to prove that hail actually fell in your area, because numerous other homeowners in your neighborhood will likely report the same thing. Furthermore, public adjusters are trained to study the severity of the hail damage to your property. They can verify whether hail actually caused the damage or whether it was something else.

Let’s recap what you should do after a hail-damage incident. First, take your camera and snap photographs of the damage. Second, contact a public adjuster and let them conduct an investigation. Show them the photographs you took of the hailstones and supply them with any other information they request.