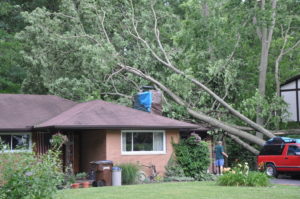 If you run a business or live in Boca Raton, Florida, then you’re probably used to the windstorms that occasionally blow through town. Most storms are mild and don’t generate wind speeds higher than 20 miles per hour and usually aren’t much cause for concern. But you do need to worry about hurricanes, whose winds can reach up to 100 to 200 miles per hour and devastate every property they hit. That said, even 20-mile per hour winds can damage property, including yours.

Why You Need a Wind Damage Public Adjuster in Boca Raton

It might seem easy to prove that windy weather has occurred, because local meteorologists report heavy winds when they are present in a particular location. However, your local weather reports don’t necessarily prove that wind caused your property damage. At least, that’s what your insurance agent will think when you file a wind damage claim.

Their claims adjuster might say that preexisting construction flaws or defects in your property caused the wind damage. If your roof is damaged, they could easily say the damage was there before the windstorm struck. You’ll need help to prove them wrong.

A public adjuster is a critical asset you should have by your side when you file a wind damage insurance claim. They can conduct an independent evaluation of the wind damage on your property, whether it’s on the roof or siding. Based on their evaluation, they’ll create their own report of the incident and submit it to your insurance company. Negotiations will continue until a settlement is reached.

ProFloridian Claims Consultants employs highly trained public adjusters who specialize in wind damage insurance claims in Boca Raton. They won’t let up on your case until you receive compensation that’s equal to the value of the wind damage your property incurred. Call 954-588-7416 today.