Our licensed West Palm Beach public adjusters will carefully review your insurance policy and negotiate with your insurer to maximize and expedite your claim. We have worked with many homeowners, businesses and property managers, helping them reach an appropriate settlement with their insurers.

We are experts in the following claim types:

Get a FREE claim analysis with a licensed West Palm Beach public adjuster by contacting us NOW at (954) 588-7416.

ProFloridian Claims Consultants specializes in representing West Palm Beach property insurance policyholders just like you. We have the training and experience to take on any property insurance company that denies your claim unfairly. After you contact us for a free consultation, our public adjusters will review the details of your property damage claim to see what can be done.

Expert Public Adjuster in West Palm Beach That Will Fight for You From Start to Finish.

If it appears that your insurance company did not treat you fairly in their decision regarding your claim, we’ll happily take on your case and work diligently to get you the compensation you’re entitled to.

We Get Paid, When You Get Paid!

Denied claims are more common in West Palm Beach than you might think. When a claims adjuster comes to your house to evaluate your property damage, they’re looking for a reason to deny the claim. For instance, if any evidence suggests that you could have prevented the damage, the insurance company will deny the claim. The damage must be caused by uncontrollable circumstances.

Of course, everyone has their own definition of uncontrollable circumstances. Sometimes insurance companies exaggerate and put too much blame on the policyholders. If you feel that your denied claim should have been approved, then ProFloridian Claims Consultants can work to reverse your insurance company’s initial decision. 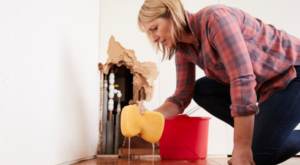 Water damage can happen for many reasons. The worst-case scenario is a flood, but this doesn’t happen much in West Palm Beach. Any water damage to your property is likely the result of a leaky pipe or roof damage. These are problems you should deal with immediately to avoid further damage.

Document all the water damage by taking pictures of the affected areas. ProFloridian’s public adjusters can use these pictures to make the case with your insurance company that your water damage claim should be approved.

It only takes a little bit of fire for your property to suffer irreparable damage. You may need to rebuild entire sections of your home or building if the damage is too severe. But you don’t need to pay for these expenses out of pocket, because your insurance company should pay them for you. 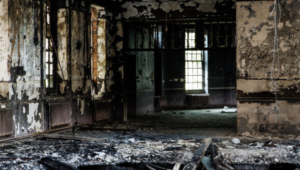 West Palm Beach endure yearly hurricane threats because it is so close to the Atlantic Ocean. When a hurricane does hit the east coast, it can leave ruin buildings and homes. This is when you’ll need your insurance claim to be approved. If you can’t afford to file a denial or underpayment of your claim – and if we’re representing you, that won’t be an issue. Let our experienced public adjusters help you with your hurricane damage claim.

Hail has the power to damage windows, roofs, siding, and other parts of your home. This the hail damage could lead to water and mold damage as well. There isn’t much you can do to prevent hail damage, but you can respond to the aftermath quickly to avoid further damage. That’s what insurance companies expect you to do.

When dealing with the aftermath of hail damage, let ProFloridian be there for you. Our public adjusters will assess the extent of the hail damage in order to show your insurance company that your hail damage claim should be approved. 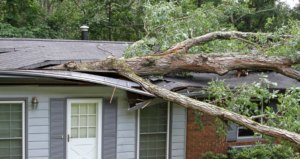 Wind is another uncontrollable force of nature. You can board up your windows if hurricane-force winds are predicted, but that won’t prevent damage entirely. Your roof and siding could still suffer impacts from flying debris and other wind-related causes (e.g., falling trees). Contact our experienced public adjusters for assistance with your wind damage claim today. 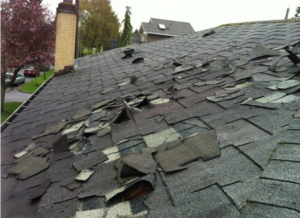 There are many reasons why roof damage might occur. It could happen because of wind, debris, fallen objects, or degraded roofing materials. We can help you prove these causes by photographing the damage and making the case for a settlement to your insurance company.

ProFloridian will file a roof damage claim with your insurance company and negotiate a fair settlement. 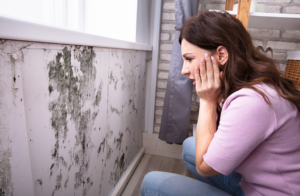 Mold damage cannot be overlooked because it is often the unforeseen consequence of water damage or roof damage. Mold can make an home or building unsanitary and unhealthy, which is why you must remove the mold, as well as the water and moisture that caused the mold to grow. Take photographs as you go to document the cause of the damage. They’ll help us make a strong case with your insurance company as to why they should approve your mold damage claim.

Property damage is worst when it happens to a business. You can’t operate a business in a damaged building, which means you lose your income stream. If you have business interruption insurance, ProFloridian’s public adjusters will look through your financial records and see how much your insurance company should be compensating you for your lost income. We may even be able to get them to pay for the relocation of your business, too, depending on the coverage limits of your insurance policy. To make sure your insurer follows through, let ProFloridian represent you and file your income-loss damage claim.

Don’t let vandalism and theft keep you down. Your property insurance should include provisions that cover these types of events. Vandalism and theft may leave your doors and windows damaged, and cause you to lose valuable possessions. These cases can be difficult to prove to insurance companies, so it’s important to hire a public adjuster to handle it for you.

West Palm Beach homeowners report common and uncommon property damage in the form of fire damage, water damage, hurricane damage, mold damage, etc. Depending on their insurance policy, the insurance company will compensate their losses partially or in full. Most times, a public adjuster manages to obtain the maximum settlement for a property claim, but only if the homeowner decides to file the claim before the 4-year statute of limitations in West Palm Beach expires.

What types of homeowners’ insurance policies are available in West Palm Beach?

Can you fight a denied insurance claim?

Don’t assume that your insurance company will approve your claim. They will look for any excuse to deny it. Either that, or they will try to offer you a settlement amount that less than what your damage is really worth. Many policyholders assume they must accept their insurance company’s decision. But this is not the case.

If you’ve paid your monthly premiums on time and have filed a claim for damage that is covered by your insurance policy, your insurance company must take it seriously. If the claim is denied or underpaid, you can file a dispute against the insurer. You can also have a public adjuster conduct an investigation and help you with the dispute. Sometimes this is the best option, especially if you’re dealing with a claim worth a lot of money.

Do insurance adjusters come to your house?

It is a tradition for insurance adjusters to come to your house, because they need to investigate the property damage up close. The adjuster will photograph the damage and conduct a full survey and evaluation of the severity of the damage. Based on their in-person evaluation, they come up with a price estimate for the damage.

The policyholder uses a special mobile app to take pictures of the damage from various angles. After the pictures are taken, they are digitally transmitted to the insurance company for further evaluation. By doing this, the insurance adjuster is left out of the equation.

But this is only done for smaller claims of less than $30,0000. If a claim is worth more than that, an insurance adjuster will probably be sent to your house.

How long does it take to receive an offer of compensation in West Palm Beach, FL?

How long it takes to receive a compensation offer depends on the nature of the insurance claim. If it involves only some property damage, an offer of compensation should be extended anywhere from 1 day to 2 weeks after the adjuster has conducted their investigation.

Some claims may be worth six figures, especially if someone was physically hurt during the incident. For those types of claims, an offer of compensation might take up to one month. This gives the insurance company time to collect all the information regarding the damage and medical costs.

However, in some cases insurance companies will actually offer a low amount of compensation very quickly. Since they know the medical costs will be very high, they’re hoping you will accept their offer before the true amount of your medical costs are known. That’s why it can be wise to wait before accepting an offer of compensation.

How much time do I have to report a loss to my home insurance company?

Policies for reporting losses differ from insurer to insurer. Sometimes state laws play a role in this, too. In Florida, for example, you’re typically required to report your loss within three years of the initial date of the damage. If you wait longer than three years to report the loss, you’ll have no legal grounds to force the insurance company to provide a settlement.

Check to see whether your insurance policy has provisions regarding how much time you have to report a claim. Many insurance companies put provisions in their insurance policies that force policyholders to file a claim within six months of the initial date of the loss. If you take longer than six months, it might be nearly impossible to proceed with your claim. Need more answers, contact ProFloridian Claims Consultants, your Public Adjuster in West Palm Beach, Florida.